During our Inaugural Legacy Awards and Toy Drive, DCPNI honored its founders and collected toys for Kenilworth-Parkside community children and teens. Our honorees included Peter J. Farrell, Wendy Goldberg, Melinda Hudson, Alma Powell and Irasema Salcido. Newly elected Chairman Ed Fisher and Executive Director Mary Brown made a special presentation to out-going Chairman Peter Ferrell, as he passed the torch of leadership. In addition, over 200 people attended the event and DCPNI secured over 300 toys that went to 21 families, including 45 children. For all it was a wonderful holiday season!

Thank you to all who came and who gave, and a special thank you to Shawn Yancy, award-winning news journalist and FOX5 DC anchor, for her gracious donation (follow her on Twitter @Fox5Shawn and @ShawnYancy).

A few months back in August, DCPNI and WHUT combined forces, with the help of an amazing PBS Kids grant, to put on a back-to-school event for the families in the Kenilworth-Parkside community. DCPNI, with the help of their national and community partners, gave away goodie bags and supplies and provided almost 250 people with delicious meals, prizes and other treats. There were dance performances, raffles and arts and crafts, and the kids even got the chance to meet PBS Kids personality Daniel the Tiger. See photos here and check out WHUT’s video recap below!

DCPNI was selected as a winner in the Play Everywhere Challenge, a $1 million national competition that will award innovative ideas to make play easy, available, and fun for kids and families in cities across the U.S. The Challenge is hosted by KaBOOM!, a national non-profit dedicated to bringing balanced and active play into the daily lives of all kids, particularly those growing up in poverty in America.

With our unique plan, called “Animal Tracks,” DCPNI wanted to further the education of children in the Kenilworth-Parkside community by getting them more involved in exploring their neighborhood, including learning more about the animals who live here!

Learn more about the project here.

The Data and Evaluation team plays an essential part in the success of DCPNI. The U.S. Department of Education and Urban Institute seem to agree, as we have been recognized as one of the top three Promise Neighborhoods demonstrating innovation in the use of data! DCPNI is being recognized on the Urban Institute’s website. You can find the article here.

In November 2015, Mayor Bowser and district officials held the official groundbreaking for a new Kenilworth-Parkside Recreation Center to be located at the Kenilworth Elementary School. DCPNI joined in the festivities with neighborhood children and families, providing food and entertainment by students involved in our out-of-school-time programs. The new Rec Center is now under construction.

One ‘Promise’ Many Paths

by Michael Alison Chandler, The Washington Post. Read the article.

Part of building a thriving and healthy community, NatureFest offers year-round enrichment programming to engage youth, families, and neighborhoods within the DCPNI footprint in meaningful experiences with/in one of the community’s greatest natural treasures – the Kenilworth Aquatic Gardens. Many of the activities have an environmental focus on local ecology, habitats, STEM, and opportunities for stewardship, as well as connections to individual and family health and wellbeing. 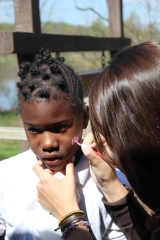 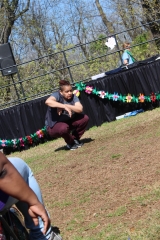 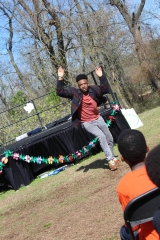 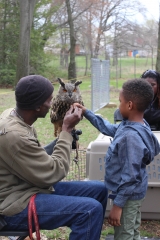 DCPNI’s Family Reunions are festive occasions that bring Kenilworth-Parkside children, families and elders together for food and fellowship. They provide an opportunity for neighbors to get to know one another better, for the community to celebrate its children and their accomplishments, and for residents and DCPNI together to build on the successes and address the challenges yet to be met in the community. 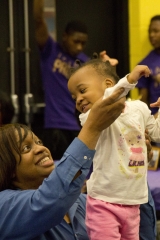 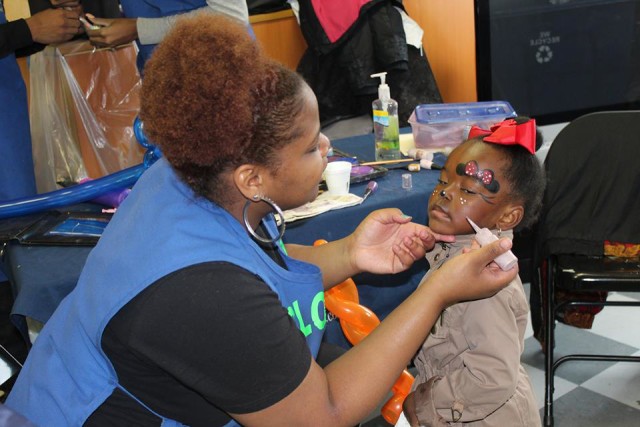 DCPNI and Paradise at Parkside recently hosted a community Wellness Fair—the first of its kind. With the help of key community members, as well as vendors such as Beefsteak Veggies, Healthy Living, Inc. and more, residents were able to partake in fresh food demonstrations and receive helpful information about several organizations including DOES, IMPACT DC, Capital Bikeshare, DC Greens and Community Foodworks.